Strategies for the management of chronic rhinosinusitis with nasal polyps: Expert insight in optimizing care 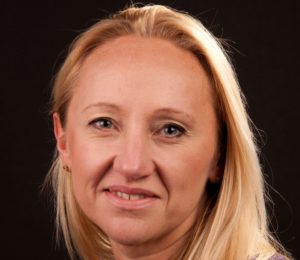 Chair, Prof. Claire Hopkins, introduces the expert panel and agenda for this discussion on strategies for the management of chronic rhinosinusitis with nasal polyps (CRSwNP) and key considerations for optimizing patient care

view bio and disclosures 1/4 Next Chapter

Challenges in the diagnosis of CRSwNP

The panel considers the symptoms of chronic rhinosinusitis with nasal polyps (CRSwNP), the challenges physicians face in diagnosing the disease and the impact of underlying asthma on disease severity

view bio and disclosures 2/4 Next Chapter

The management of CRSwNP and the problem of disease recurrence

The panel discusses the unmet needs for patients with chronic rhinosinusitis with nasal polyps (CRSwNP) who experience disease recurrence after surgery; clinical features and biomarkers that can predict recurrence; and when biologics should be used to prevent or manage recurrence

view bio and disclosures 3/4 Next Chapter

The panel considers how emerging and newly approved biologics might meet the unmet clinical needs for patients with chronic rhinosinusitis with nasal polyps (CRSwNP), and how they can be integrated into daily practice

In this activity, three experts discuss the challenges of diagnosing chronic rhinosinusitis with nasal polyps (CRSwNP) in different clinical settings, the role of type 2 inflammation in disease recurrence after surgical polypectomy and how approved and emerging biological therapies are integrated into practice to prevent disease recurrence.

After watching this activity, participants should be better able to:

Claire Hopkins is a Consultant Rhinologist at Guy’s Hospital, a large tertiary referral centre in London, UK, with a clinical practice covering the breadth of rhinology. She is also Professor of Rhinology at King’s College London. read more

Prof. Hopkins is co-author of the European Position Statement on Rhinosinusitis and Nasal Polyps and has published extensively in this field. She is also Co-chief Investigator of the MACRO programme, a National Institute for Health Research-funded programme aimed to improve care for patients with rhinosinusitis and nasal polyps. 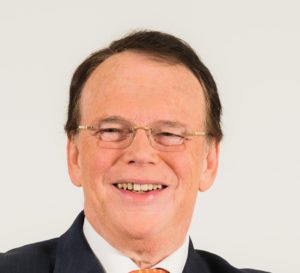 Claus Bachert MD PhD is Chief of the clinic and Professor at the University Hospital of Ghent, Belgium, and also holds positions as Professor at the Karolinska Institute, Stockholm, Sweden and at the First Affiliated Hospital, Sun Yat-Sen University, Guangzhou, China. read more

He qualified from the University of Heidelberg, Germany, and trained in ear, nose and throat diseases and allergology in Mannheim and Düsseldorf.

His research interests include the pathophysiology and management of diseases of the nose and sinuses, such as allergic and non-allergic rhinitis, chronic rhinosinusitis and nasal polyposis. Specifically, he has worked on endotyping rhinosinusitis, innovative treatments such as biologicals for recalcitrant disease, and the role of Staphylococcus aureus in the inflammation of nasal polyp disease.

Prof. Bachert co-authored the international guidelines ARIA (Allergic Rhinitis and its Impact on Asthma) and EPOS (European Position Paper on Sinusitis and Nasal Polyposis), he currently serves in the Board of the European Forum for Research and Education in Allergy and Airway Diseases (EUFOREA), and served on the boards of the European Academy of Allergy and Clinical Immunology (EAACI) and the World Allergy Organization (WAO). He was President of the German Allergy Society (DGAKI) from 2007–2010 and Vice-President from 2011–2016. He currently serves as Editor for the Journal of Allergy and Clinical Immunology. 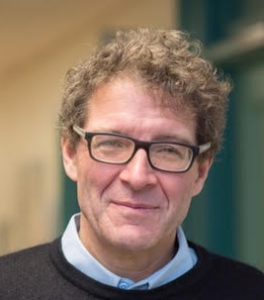 Prof. Desrosiers completed both medical school and otolaryngology residency at the University of Montreal. Following his ear, nose and throat training, he undertook postgraduate training in nasal diseases at the Johns Hopkins Allergy & Asthma Center.

Prof. Desrosiers specializes in nasal and sinus disorders, with special interests in the medical management of difficult-to-treat sinus disease, and endoscopic surgery of the paranasal sinuses and skull base. Current research focuses are interactions of the microbiome and immunoregulation of the sinus mucosa, host genetics and biomarkers in sinusitis, and endoscopic skull base surgery.

He is an internationally recognized expert in the field of chronic sinusitis. Efforts from his group have been seminal in demonstrating the functional link between bacterial biofilms and chronic sinusitis, leading to the identification of bacterial biofilms as an important therapeutic target and fostering the current development of several anti-biofilm strategies. The current ongoing research efforts in genetics and biomarkers of chronic rhinosinusitis (CRS) have offered a new appreciation of different phenotypes in sinus disease and suggested new applications for extant medications. The implications of the microbiome research have led to the development of a topical probiotic formulation for the sinuses, which is currently undergoing clinical trials.

Register to touchIMMUNOLOGY for FREE

Back to Activity
Copied to clipboard!