The selectivity of Janus kinase inhibitors (JAKis) is still a matter of debate, as no JAKi is specific for only one Janus kinase (JAK) isoform. Currently approved JAKis in rheumatoid arthritis (RA) all inhibit JAK1, which is an effective therapeutic target in RA. Although selective JAK1 inhibition seems not to decrease drug efficacy, JAKi selectivity may modify the safety profile of this class. Indeed, the balance of benefit and risk of inhibiting JAK2, JAK3 and tyrosine kinase 2 is not certain and should be carefully evaluated in the future.

Targeting the Janus kinase (JAK)/signal transducer and activator of transcription (STAT) pathway with JAK inhibitors (JAKis) has opened multiple avenues for the treatment of rheumatoid arthritis (RA) and, more generally, chronic inflammatory diseases. The JAK family comprises JAK1, JAK2, JAK3 and tyrosine kinase 2 (TYK2).1 Although structurally similar, these four members display subtle differences in the structure of their adenosine triphosphate binding pocket, which explains why JAKis are selective but not specific.2 This is different from monoclonal antibodies, which are highly specific for their target, with rare off-target effects. Small-molecule drugs bind to key motifs in target molecules and are designed to be selective for this motif. Off-target effects may be caused by the drug binding to similar motifs in other molecules, which may cause adverse events.3

The therapeutic profile of individual JAKis depends on multiple factors, including the relative affinity toward different JAKs (selectivity), the intracellular concentration influenced by the inhibitor’s pharmacokinetic (PK) characteristics and individual (pharmacogenetic) differences in PK.4 The first two JAKis developed for RA, tofacitinib and baricitinib, targeted more than one JAK molecule and therefore, were considered as ‘pan-JAK’ inhibitors. Although this provides simultaneous control of several pathways that generate autoimmunity and inflammation, it may also carry an increased risk of toxicity, compared with more selective JAKis or even biologics.5 Indeed, JAK3 is expressed on epithelial and haematopoietic cells and its loss of function may conduce severe combined immunodeficiency disease.6 JAK2 inhibition can interfere with the erythropoietin signal and the functions of granulocyte-macrophage colony-stimulating factor (GM-CSF).7 Accordingly, selective JAK1 inhibition may reduce potential toxicities of a pan-JAK blockade.

Subsequently, more selective JAK1 inhibitors have been developed with the aim of improving their safety–efficacy profile. However, this JAK1 selectivity remains relative and not absolute. The four JAKis approved for RA all significantly inhibit JAK1, and may interfere – to varying extents – with other JAK members, even those JAKis that are most selective for JAK1. Hence, no JAKi is specific for only one JAK isoform.3

JAKi selectivity is usually assessed by in vitro assay of cytokine release and/or phosphorylated STAT activation. Determining selectivity is challenging and is influenced by multiple factors, including the nature of the assay, the substrates, the cell lines, the cytokines measured, the nature of the STAT assessed and whether the assay is done in whole blood. In vitro assessment of cellular selectivity of the four JAKis available for RA showed that all molecules blocked interleukin (IL)-6 and interferon (IFN)a-dependent signalling.8 Upadacitinib and tofacitinib inhibited JAK1/3 cytokines (IL-2, IL-4, IL-15 and IL-21) more potently than baricitinib and filgotinib.9,10 Upadacitinib was more effective at inhibiting JAK2/JAK2 cytokines (IL-3 and GM-CSF) than baricitinib and tofacitinib.9,10 Tofacitinib inhibited the JAK2/TYK2 cytokine GM-CSF more effectively than upadacitinib and baricitinib.10 Filgotinib was the least selective JAK2 and JAK2/TYK2 inhibitor.9,10

Whether differences in selectivity of JAK inhibition confer different outcomes remains unestablished and the lack of well-designed clinical studies prevents the precise comparison of the safety and efficacy of JAKis. A concern would be increased JAK selectivity causing a potential loss of efficacy, given the possible restriction of the inflammatory pathways targeted. Hence, it is interesting to evaluate the efficacy data of upadacitinib and filgotinib, which are considered ‘JAK1 selective’. It is difficult to formally draw conclusions for upadacitinib given its action on several JAK isoforms in vitro.9 In line with these results, its very rapid onset of action, together with its superior efficacy in RA (compared with tumour necrosis factor (TNF)-a and abatacept)11,12 and in other inflammatory conditions,13,14 suggest a mechanism of action that goes beyond the single inhibition of JAK1. Filgotinib, which was one of the most potent JAK1-selective JAKi molecules in vitro, showed similar indirect efficacy to the other JAKis, highlighting the relevance of JAK1 in the pathogenesis of RA.15

JAK1 is involved in the signalling transduction of IL-6, which is a proven therapeutic target in RA. Some of the side effects associated with IL-6 inhibition, including elevated liver transaminases and lipids, neutropenia and gastrointestinal perforation, are also associated with JAK inhibition, suggesting that inhibiting IL-6 is a significant mechanism of action.3 The similar efficacy of JAKis and tocilizumab, a humanized anti-IL-6 receptor monoclonal antibody approved for the treatment of RA, reported in methotrexate-naïve patients with RA, may support the hypothesis that IL-6 is one of the main pathways targeted by JAKis in RA.16,17 However, JAKis differ from IL-6 inhibitors in that C-reactive protein, while markedly reduced after JAKi administration, does not normalize, suggesting an incomplete inhibition of IL-6 activity.18 Thus, JAK1 inhibition, through IL-6 signalling blockade, is one of the main modes of action of JAKis in RA, and additional research is required to better understand the possible additional benefits of inhibiting JAK2 or JAK3.

Regarding the impact of JAK selectivity on safety, a critical message is that one should not rely solely on the supposed selectivity for reassurance about the safety profile of a particular JAKi agent. To date, in randomized controlled trials, all JAKis appear to have the same safety profile, except for fewer cases of anaemia and herpes zoster with filgotinib.8 Filgotinib showed decreased inhibition on JAK2- or JAK3-dependent signalling of IFNg, IL-2, IL-4 and IL-15 compared with other JAKis.9 Low IL-15 inhibitory activity of filgotinib lead to increased natural killer cell proliferation and IFNg production, which may explain decreased herpes zoster incidence rates, but these results need to be confirmed by further studies with long-term follow-up.

The question of selectivity and safety is becoming critical after the results of the ORAL SURVEILLANCE study (Clinical Trial Identifier: NCT02092467),19 which highlighted an increased risk of major cardiovascular events, venous thromboembolism (VTE) and neoplasia observed with tofacitinib compared with TNF-a inhibitors in a specific population of patients aged >50 years and with comorbidities.20 This led to the recent decision of the US Food and Drug Administration (FDA) to add a black box label to baricitinib, upadacitinib and tofacitinib.21 Despite baricitinib and upadacitinib having not been studied in large safety trials similar to those of tofacitinib, the FDA considered that these drugs may have similar risks as they share mechanisms of action. The first real-life experience with baricitinib, showing an increased risk of VTE in patients with cardiovascular risk factors may support this statement.22,23 However, although the mechanisms of action are similar between JAKis, JAK selectivity may change the safety profile according to the JAK isoform targeted. An example might be the potential contribution of JAK2 in the occurrence of VTE. Despite the clinical significance of long-term JAK2 inhibition remaining unknown, in vitro experiments have shown that JAK2 is involved in platelet activation and JAK2 mutation V617F is suspected to contribute to the risk of thrombosis.24 Further investigations are needed to study the potential effect of JAK2 inhibition on thrombosis and, in parallel, the risk of thrombosis with JAKis less selective for JAK2. Filgotinib would be a relevant candidate given its less potent JAK2 inhibition in vitro compared with other JAKis.9

In conclusion, JAK isoform selectivity is relative and not absolute. Currently approved JAKis all inhibit JAK1, which is an effective therapeutic target in RA. The benefit/risk balance of inhibiting JAK2, JAK3 and TYK2 is not definite and should be evaluated in future studies. In addition to selectivity, JAKis are oral drugs that achieve therapeutic levels very quickly and have short half-lives.8 This raises the possibility that inhibition is not 24 hours a day, which may affect their efficacy and safety. The precise role of JAKis in RA therapy should be further determined in head-to-head and strategy studies, extensive research is required to fully apprehend the similarities and differences of the available compounds in clinical practice.

This article is an opinion piece and does not report on new clinical data, or any studies with human or animal subjects performed by the author.

The named author meets the International Committee of Medical Journal Editors (ICMJE) criteria for authorship of this manuscript, takes responsibility for the integrity of the work as a whole, and has given final approval for the version to be published. 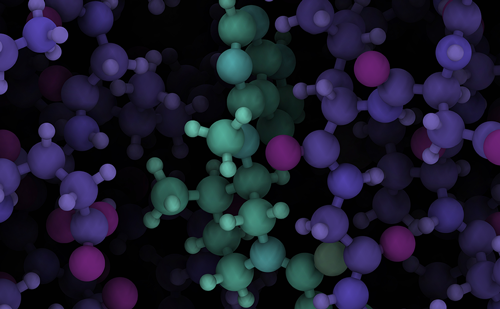 Janus Kinase Inhibitor Selectivity in Rheumatoid Arthritis: Where Do We Stand?

Janus Kinase Inhibitor Selectivity in Rheumatoid Arthritis: Where Do We Stand?