Accumulating evidence suggests that nutrition can reduce the risk of rheumatic and musculoskeletal disease and especially rheumatoid arthritis (RA) development. This effect may be achieved either directly or indirectly through the consumption of anti-inflammatory nutrients or the reduction of comorbidities, respectively. A pro-inflammatory diet increases RA risk while the Mediterranean diet and oily fish consumption providing anti-inflammatory omega-3 fatty acids both reduce risk. High sugar and salt consumption is also associated with increased RA risk. Therefore, the Mediterranean diet supplemented with dietary omega-3 fatty acids is recommended for individuals genetically susceptible to RA.

Reducing the risk of rheumatic and musculoskeletal disease (RMD) is crucial to prevent associated chronic disease burden. However, the process is complex because the aetiopathological factors contributing to disease onset are not entirely understood. Healthy eating based on the Mediterranean diet (MD) can effectively prevent many chronic conditions and, potentially, RMD. Together with physical activity, restorative sleep, stress management, avoidance of risky substances and positive social connections, it constitutes the backbone of lifestyle medicine, a medical specialty that uses therapeutic lifestyle interventions as a primary modality to prevent or treat chronic conditions.1

Nutrition plays multiple roles in RMD development, acting as a trigger of RMD in genetically susceptible individuals or by reducing the risk of RMD either directly, by providing anti-inflammatory and antioxidant nutrients, or indirectly, by reducing comorbidities such as obesity and metabolic syndrome, both of which add considerably to disease burden.2–4

In an effort to unravel the role of an (anti-)inflammatory diet in RA risk, a recently published prospective follow-up study of the Nurses’ Health Study (NHS) and NHSII investigated the inflammatory dietary pattern of approximately 170,000 women using the Empirical Dietary Inflammatory Pattern (EDIP), which is composed of 18 anti-/pro-inflammatory food/beverage groups weighted by correlations with plasma inflammatory biomarkers, in relation to their risk of developing rheumatoid arthritis (RA).5 Among women ≤55 years, increasing EDIP was associated with increased overall RA risk; the hazard ratios (HRs) across EDIP quartiles were 1.00 (reference: first quartile), 1.14 (95% confidence interval [CI] 0.86–1.51), 1.35 (95% CI 1.03–1.77), and 1.38 (95% CI 1.05–1.83) (p-value for trend: p=0.01).5

High sugar and salt intake, characteristic of Western diets, is also associated with increased RA risk. In a prospective follow-up study of over 180,000 women from the NHS and NHS II studies where 857 incident cases of RA were identified, women who consumed ≥1 serving of sugar-sweetened soda/day had a 63% (HR 1.63, 95% CI 1.15–2.30; p-value trend: p=0.004) increased risk of developing seropositive RA compared with those with no soda consumption or who consumed <1 serving/month.6 The underlying mechanisms explaining the association between sugar-sweetened soda consumption and RA development might relate to the high-fructose corn syrup and sucrose content of soft drinks and, consequently, to the high glycaemic load causing a high and rapid increase in blood glucose, which, in turn, increases inflammation.6,7 Another suggested mechanism is fructose malabsorption (caused by regular consumption of high-fructose corn syrup), which contributes to fructose reactivity in the gastrointestinal tract and intestinal in situ formation of advanced glycation end products. Once absorbed, extracellular, newly identified, fructose associated advanced glycation end-product (enFruAGEs) travel beyond the intestinal boundaries to other tissues, thus promoting inflammation.8

As mentioned, salt (sodium chloride) also increases inflammation; specifically, it increases pro-inflammatory macrophages, T helper 17 cell potency, and interleukin 17 levels and reduces regulatory T cells function.9 In the SUN cohort, a cross-sectional study of over 18,000 individuals, sodium intake in the fourth quartile was significantly associated with RA compared with the first quartile (adjusted odds ratio 1.5, 95% CI 1.1–2.1; p-value for trend: p=0.002), with this association being clearer in non-smokers, possibly because the risk of RA in smokers is already high.10

More convincing evidence of the association between nutrition and risk of RA onset stems perhaps from a recently published prospective analysis conducted on the data of about 500,000 subjects collected from the UK biobank.11 In particular, this study showed that oily fish intake was associated with a slight decrease in the risk of RA for less than once-a-week consumption (adjusted HR 0.803, 95% CI 0.707–0.913), once-a-week consumption (adjusted HR 0.782, 95% CI 0.689–0.887) and for consumption of at least two times a week (adjusted HR 0.862, 95% CI 0.750–0.990); however, this association was not statistically significant (p-value for trend: p= 0.4686).11

Further support for the protective role of fish in disease onset comes from a recently published systematic review and meta-analysis of seven cohort and six case-control studies where the highest category of fish consumption compared with the lowest was inversely associated with risk of RA (risk ratio 0.89, 95% CI 0.80–0.99; I2=0%, n=10).12 In particular, oily fish, such as sardines, seabream, seabass and salmon, are rich in long-chain omega-3 polyunsaturated fatty acids with strong anti-inflammatory properties.13 Long-chain omega-3 polyunsaturated fatty acids, eicosapentaenoic acid and docosahexaenoic acid in particular, partly inhibit aspects of inflammation, including leucocyte chemotaxis, adhesion molecule expression and leucocyte–endothelial adhesive interactions. Further, they partly inhibit the production of pro-inflammatory cytokines and the production of eicosanoids from the omega-6 arachidonic acid.13 Both the eicosapentaenoic acid and the docosahexaenoic acid give rise to the anti-inflammatory and inflammation-resolving mediators resolvins, protectins and maresins.13

Evidence also suggests that the MD might be protective against RA development. In a large, population-based prospective cohort study analysis of over 60,000 French women, a higher MD adherence was associated with a decreased risk of RA among ever-smokers (for a 1-point increase in MD score: HR 0.91, 95% CI 0.84–0.99; p=0.03).14

The MD is a dietary pattern characterized by the abundance of plant-based foods, including unrefined cereals, legumes, nuts, fruit and vegetables; the use of extra virgin olive oil as the main source of fat; a moderate consumption of poultry, dairy products and eggs; and low (monthly) consumption of red meat and sweets.15 Alcohol, and red wine (high in resveratrol, a phytonutrient) in particular, is consumed with meals in moderation.15 The protective properties of the MD stem from the anti-inflammatory and antioxidant properties of its components.15 Another possible protective action of the MD could be through its favourable effects on the gut microbiota profile due to the abundance of prebiotic fibres. In a study conducted by Picchianti Diamanti et al. on 60 patients with RA, it was shown that patients with high adherence to the MD had a healthier gut microbiota composition compared with the low/moderate MD adherence group, with a decrease in Lactobacillaceae and an almost complete absence of Prevotella copri.16 A low/moderate MD adherence was also associated with a significantly lower disease activity assessed by the disease activity score on 28 joints (median 3.95, 25–75th percentile 3.10–5.06) compared with high MD adherence (median 3.30, 25–75th percentile 2.87–3.75; p=0.034) and a lower systemic inflammation assessed by C-reactive protein (median 4.86, 25–75th percentile 2.35–10.15) compared with the high adherence group (median 2.47, 25–75th percentile 1.00–5.50; p=0.037).16 Giola et al. argue that these findings are important as the modifications of intestinal microbiota seen in patients with RA might be implicated in the disease development and pathogenesis of RA through increased intestinal permeability, bacterial translocation and inflammation.17

Evidence of the role of nutrition in RMD, especially RA onset, is accumulating and is showing that dietary factors are involved in RMD onset. We recommend adhering to an MD dietary pattern, with extra consumption of oily fish and plant-based sources of omega-3, such as walnuts and chia seeds, to enhance the diet’s anti-inflammatory properties.18 The consumption of potentially pro-inflammatory foods, such as red meat and saturated fat, foods and drinks high in sugar (especially soft drinks), highly processed foods and salt, should be reduced or avoided. If alcohol is consumed, this should be in moderation and with meals. To reduce the risk of obesity and of being overweight, it is important to balance food and drink intake with requirements as well as engage in regular physical activity.4 These measures are especially important in populations genetically prone to RMD for whom individual advice by a registered dietitian may be valuable. Finally, we advocate that nutrition education, as well as other lifestyle advice, should be part of strategies for preventing RMD.

Philippou Elena and Nikiphorou Elena have no financial or non-financial relationships or activities to declare in relation to this article.

This article is an opinion piece and does not report on new clinical data or any studies with human or animal subjects performed by any of the authors.

Data sharing is not applicable to this article as no datasets were generated or analysed during the writing of this study. 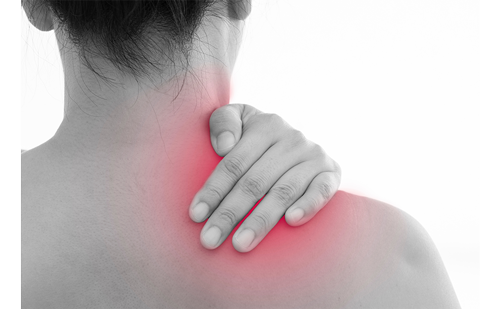 Can I Prevent Developing a Rheumatic and Musculoskeletal Disease Through Lifestyle Changes? A Focus on Nutrition

touchREVIEWS in RMD. 2022;1(2):Online ahead of journal publication

Reducing the risk of rheumatic and musculoskeletal disease (RMD) is crucial to prevent associated chronic disease burden. However, the process is complex because the aetiopathological factors contributing to disease onset are not entirely understood. Healthy eating based on the Mediterranean diet (MD) can effectively prevent many chronic conditions and, potentially, RMD. Together with physical activity, […] 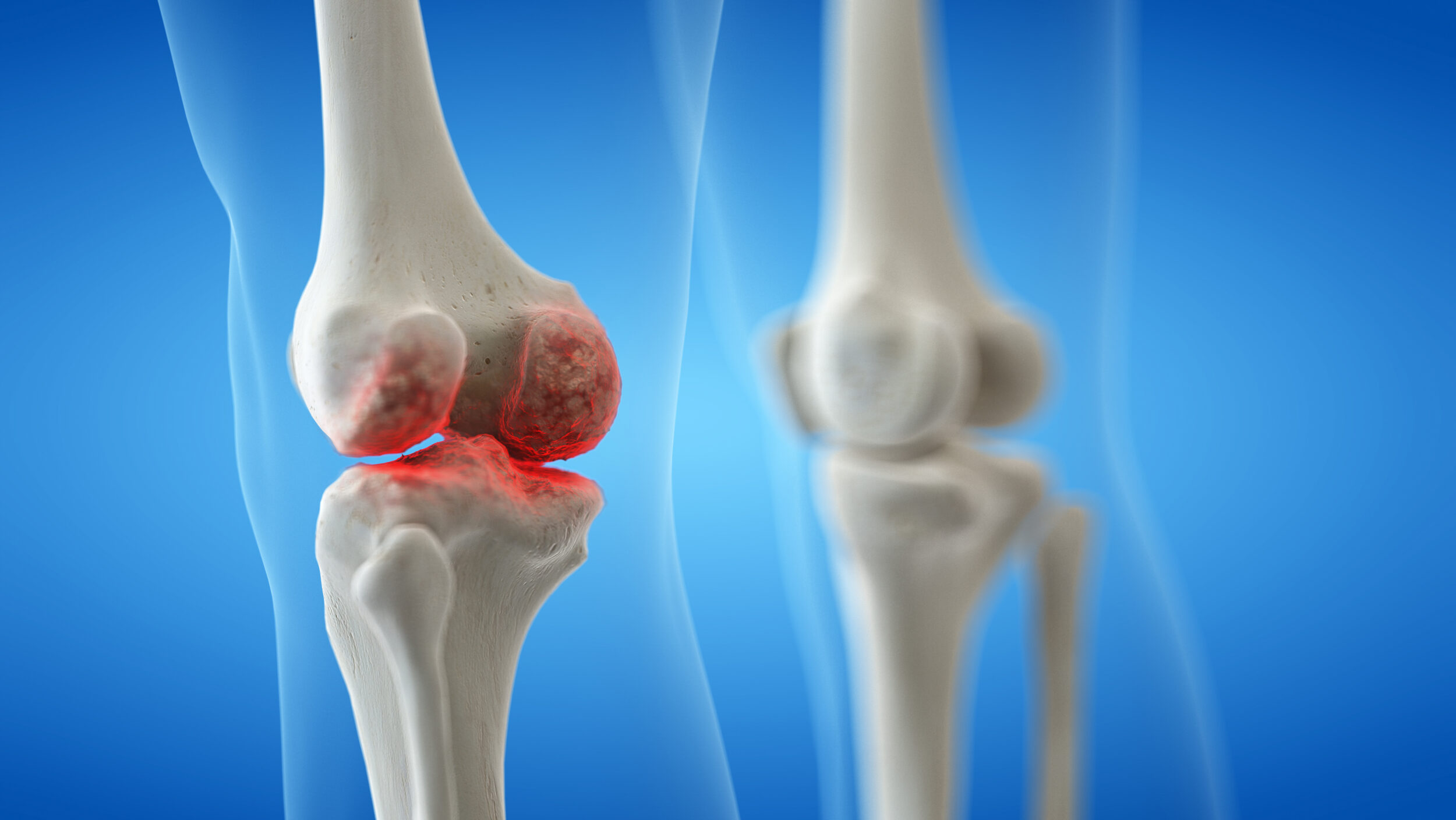 The Role of Self-management in Inflammatory Arthritis

Living with inflammatory arthritis (IA) can pose multiple challenges throughout the lives of patients, as well as to their families and friends. Despite major advances in available treatments for inflammatory arthritides, such as rheumatoid arthritis and spondyloarthritis, there remains an important role for the person living with IA. In this regard, an important aspect of […] 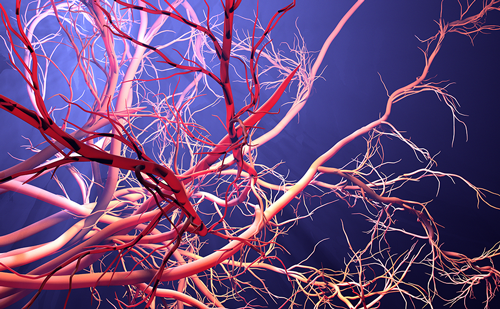 Avacopan: An Oral Complement 5a Inhibitor for ANCA-associated Vasculitis

Can I Prevent Developing a Rheumatic and Musculoskeletal Disease Through Lifestyle Changes? A Focus on Nutrition