The combination of methotrexate and pegloticase not only improves response rate by nearly double but also reduces infusion reactions by nearly eightfold. This is significant as a major drawback of using pegloticase monotherapy was the significant infusion reactions that made many practitioners unwilling to use the medication in patients with severe gout who may not have responded to conventional therapies. Those patients now have a chance to live a normal life free from gout.

Gout is a systemic and underserved disease. Many primary care physicians are treating gout as an episodic disease, providing therapies for only the acute attack.1 As a result of this, many patients with gout are languishing without even being given simple, oral, urate-lowering therapies.2 Additionally, patients who are prescribed an oral urate-lowering therapy are often underdosed and/or have poor compliance.3–5 This has led to a dramatic increase in gouty arthritis over the past several decades.6 Pegloticase, an intravenous uricase enzyme, is available for patients with severe uncontrolled gout to debulk the tophaceous material. Unfortunately, the initial response rates to pegloticase monotherapy were low (42%), with significant rates of infusion reactions.7 This middling response rate, together with the perceived infusion reaction risk, has led to a lack of routine use of pegloticase among many rheumatology providers.

In late 2016, Dr John Botson and I were discussing gout at a meeting, and we wondered why pegloticase, a non-human molecule, was given intravenously without the use of methotrexate. We have been using methotrexate in combination with other biological medications, such as infliximab, for years, and we are well aware that the chimeric antibody (infliximab) could generate anti-drug antibodies to the biological therapy, resulting in a loss of efficacy over time. We hypothesized that anti-drug antibodies were the reason for the low pegloticase response rate, and so we decided to treat the next 10 pegloticase candidates through our doors with methotrexate for 4 weeks prior to initiating pegloticase. The results were astounding. All 10 patients responded, with sustained urate lowering and no infusion reactions, which we did not expect. In 2018, we presented these cases as a poster at the American College of Rheumatology annual meeting in Chicago.8 Despite the small sample size and open-label, real-world design, we felt strongly that these highly positive results demonstrated proof of concept for combining pegloticase with immunomodulation to help more patients with uncontrolled gout benefit from the therapy.

We met with Horizon Therapeutics (Deerfield, IL, USA), the manufacturer of pegloticase, and it was decided to conduct the MIRROR Open Label trial to essentially repeat our initial case series in a more uniform way on a pre-defined patient population (Study of pegloticase [KRYSTEXXA®] plus methotrexate in patients with uncontrolled gout [MIRROR OL]; ClinicalTrials.gov identifier: NCT03635957).9 In the MIRROR Open Label study, patients were given methotrexate for 4 weeks prior to initiating pegloticase and throughout their course of pegloticase therapy.9 The primary endpoint of the study was the proportion of patients with serum uric acid levels <6 mg/dL for ≥80% of the time during month 6 of the treatment (treatment responder). Results showed that 79% of patients had sustained urate lowering during month 6, and no infusion reactions occurred. The initial case series and the MIRROR Open Label trial created interest amongst rheumatologists in duplicating these findings with both methotrexate and other immunomodulators. Since our initial case series, various investigators have reported on retrospective and prospective studies. A systematic review of immunomodulation and pegloticase co-therapy showed an overall treatment response rate of 83%,10 with a low incidence of infusion reactions (4%).11 Furthermore, one case series by Bessen et al. repeated the MIRROR Open Label trial protocol using methotrexate as co-therapy to pegloticase but withdrew pre-infusion steroids over several visits without loss of efficacy or occurrence of infusion reactions.12

To definitively determine whether adding immunomodulation as co-therapy to pegloticase improved efficacy outcomes, the MIRROR Randomized Controlled Trial (RCT) was planned and conducted (Study of KRYSTEXXA® [Pegloticase] plus methotrexate in participants with uncontrolled gout [MIRROR RCT]; ClinicalTrials.gov identifier: NCT03994731).13 The MIRROR RCT included patients with uncontrolled gout and compared pegloticase urate-lowering efficacy during month 6 of treatment in patients co-treated with either oral methotrexate (15 mg/week) or placebo. As in our initial case series,14 methotrexate was initiated 4 weeks prior to the first pegloticase infusion and given throughout the course of pegloticase treatment. Methotrexate polyglutamate levels and anti-drug antibody presence and titres were monitored throughout the trial. The primary endpoint of the MIRROR RCT was, again, the proportion of patients achieving serum uric acid <6 mg/dL for ≥80% of the time during month 6 (serum uric acid measured five times during month 6). The total duration of pegloticase therapy in the MIRROR RCT study was 52 weeks in order to evaluate the longer-term safety of the combination therapy. The MIRROR RCT met its primary efficacy endpoint, with a 71.0% treatment response rate during month 6 in the methotrexate group compared with 38.5% in the placebo group. The response rate in the placebo group was similar to the 42% observed in the pegloticase registration trials.7 Importantly, far fewer infusion reactions occurred in the methotrexate group than in the placebo group, and no new safety concerns were identified. Polyglutamate levels were adequate in all the patients in the MIRROR RCT, indicating adherence to taking methotrexate as prescribed. However, treatment still failed in 29% of patients, indicating that some patients either needed higher doses of methotrexate or that the patient developed anti-drug antibodies by some other mechanism. Anti-drug antibody levels were directly related to treatment failure. Clearly, inhibiting a significant antibody response is helpful in preventing treatment failure with pegloticase by using immunomodulation.13 These findings strongly suggest that anti-drug antibody attenuation with an immunomodulator can improve both the efficacy and safety of pegloticase.

Jeff Peterson was an investigator on the MIRROR trial, and he is a consultant for Horizon.

This article is an opinion piece and does not report on new clinical data or any studies with human of animal subjects performed by the author.

The named author meets the International Committee of Medical Journal Editors (ICMJE) criteria for authorship of this manuscript, takes responsibility for the integrity of the work as a whole, and has given final approval for the version to be published. 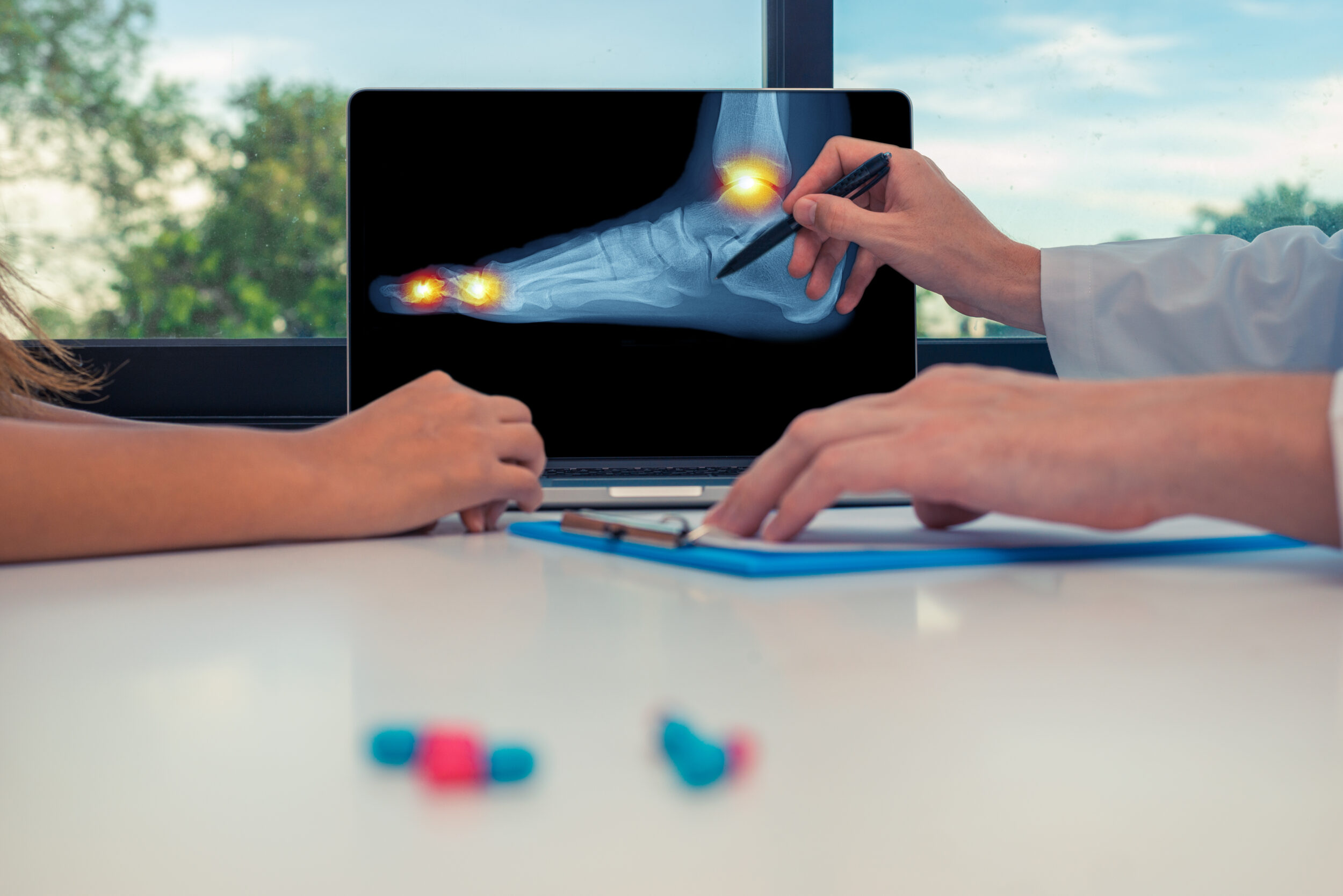 Gout is a systemic and underserved disease. Many primary care physicians are treating gout as an episodic disease, providing therapies for only the acute attack.1 As a result of this, many patients with gout are languishing without even being given simple, oral, urate-lowering therapies.2 Additionally, patients who are prescribed an oral urate-lowering therapy are often underdosed and/or […]